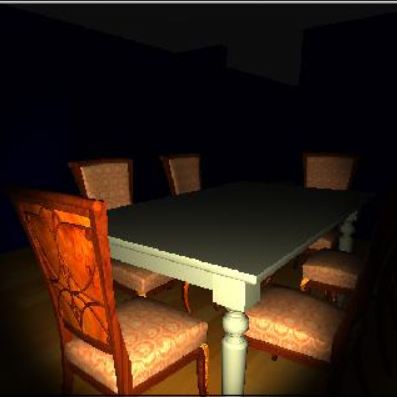 The Tell-Tale Heart is a game rendition of Edgar Allan Poe’s short story of the same name. The game was my submission for the 2013 Global Game Jam, a 48-hour jam with the theme “heartbeats”. In the game you are a police officer investigating a house after screams were reported by neighbors. Once inside the house, you have to search for the “tell-tale heart”: the still-beating heart of a murdered man which is placed in a random location each time you play the game. You must locate the heart somewhere in the two-story house using only your ears to guide you (the heart makes a constant beating and gets louder as you get nearer).

I worked on the project with Eric Leventhal, a fellow game designer and level designer. We used Unity (C#) and Autodesk Maya (with a little help from TurboSquid) to build the game in two days.

You can play the game here.

Instructions :
WASD for movement
Move mouse to look around
Left click on an object to investigate
Wear headphones for best playing experience!